Today we presented our video to the public at Tate Britain. Stories Uncovered has been a year in the making, full of exciting new experiences and new friends. Our video will be on display in the Learning Gallery at Tate Britain until 9th December 2016, and you can watch a shorter version online on the Tate website.

Today was the filming day for #StoriesUncovered with the Tate Collective. Along with Reel Nice, representatives from 6 London-based arts youth groups have been developing a video project exploring the practice of archiving from the perspective of young people.

Our idea questions whether social media platforms can be considered as modern day archives; we document our lives more than any other generation through photos, videos, and online posts, creating personal archives. Some key themes that we wanted to examine were how do we choose what to archive/publish online, and what this says about our identities?

We interviewed members of the pubic about their personal use of social media as a modern day archive, and heard a range of perspectives. The results will be shown on the Tate website and displayed in the Learning gallery at Tate Britain later this year.

I’ve been attending the Youth Forum at the Black Cultural
Archives (BCA) for a few months, and we’ve recently been developing a
project in collaboration with the Tate Collective’s Archives &
Access learning outreach programme. The theme of the project is ‘Stories
Uncovered’, and it aims to explore London’s heritage through the eyes
of young people. The programme runs from November 2015 – September 2016,
in which time BCA and five other organisations will host a workshop
exploring themes of local heritage.

All participating groups attended a day of workshops at
Tate Britain on Saturday 16th April. There I presented the idea we at
BCA have been developing to the organisers and participants of the
programme. We’ve chosen to explore the theme of youth activism, using
the archives at BCA to explore the involvement of young black Londoners
in local politics.

As well as presenting our project, we had the opportunity
to share ideas with the other groups and learned how to effectively run a
workshop by identifying our audience and setting measurable goals and
outcomes. We also had the opportunity to explore the Tate’s physical and
digital archives and identify materials that could help us in our
research.

Future of artist-led and ‘meanwhile’ spaces

Heilgemeir believes that artist-led spaces will continue to flourish and influence the cultural and urban landscape, “despite – and not because of – every property developer’s and estate agent’s talk about a neighbourhood’s cultural capital, or a government’s attempt to curtail high street decline through meanwhile-use projects.”

Yet, conversely, he’s doubtful about whether ‘nomadic spaces’ really meet artists’ needs. “It is a curious question. In my opinion: Yes and No, or rather No and potentially Yes,” Heilgemeir says, dismissing the government’s ‘Meanwhile use lease’ – an attempt to help towns facilitate interim projects designed to reverse high street decline and breath life back into local shops an amenities – as simply paying lip service.

“I don’t believe that ‘creative pop-up projects’ that are merely utilised to decorate regeneration are doing any good for artists at all. But spaces handed over for a few years to be run with limited socio-economic restraints certainly do.”

Heilgemeir ends by saying that he also thinks that it can be quite healthy for an artist-led project to keep moving on every few years and not put down roots too much. “The space and area one is working in are great input, and staying to some degree ‘nomadic’ can help to develop things organically and avoid getting stuck in static structures. It’s probably a matter of frequency of change, fluidity of transition – and most importantly, having the option.” 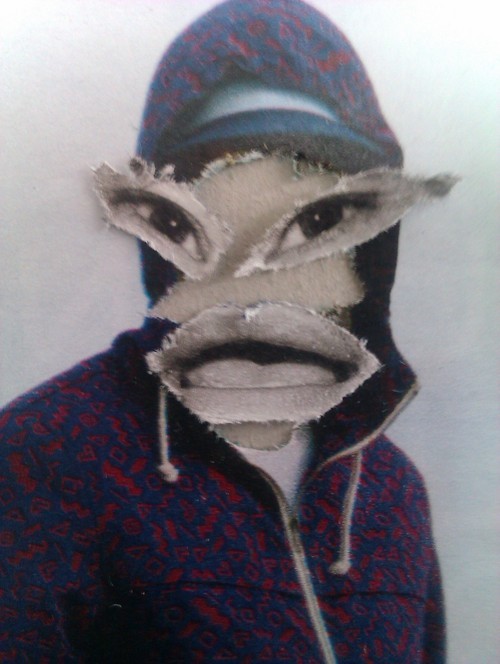 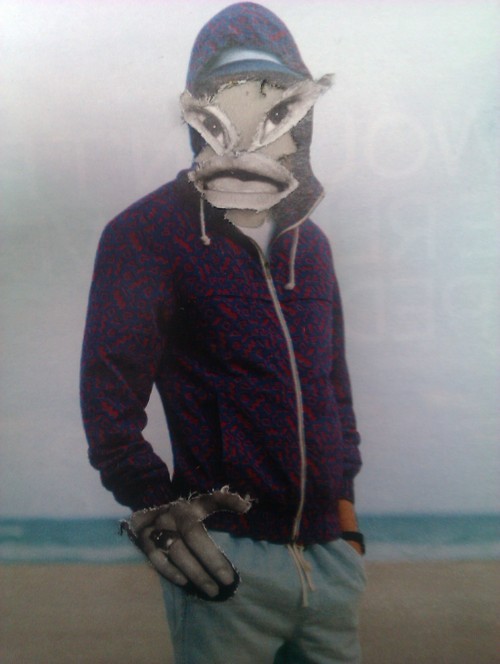 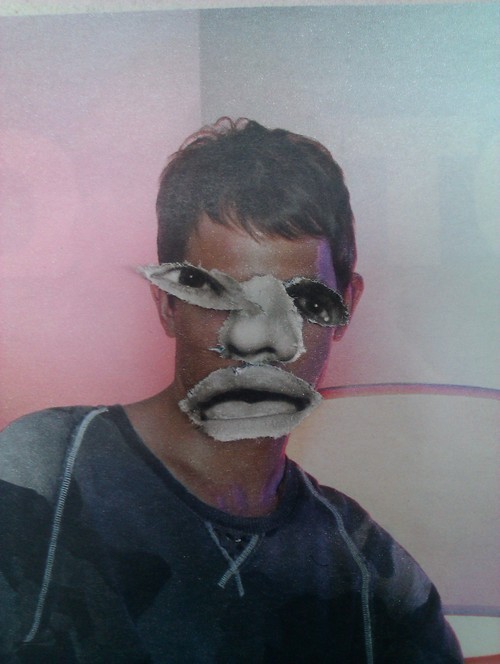 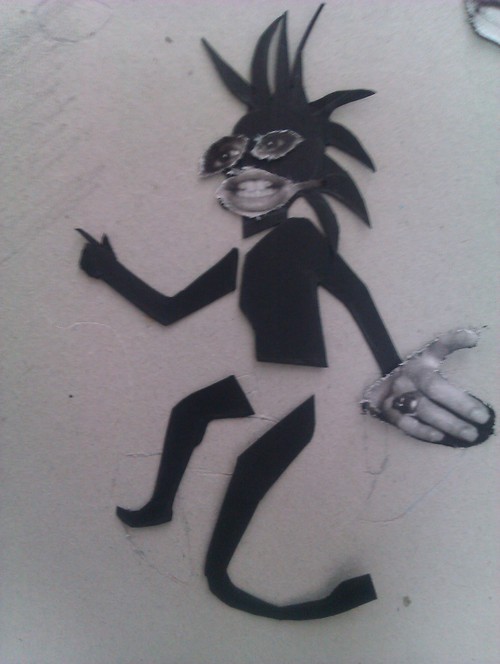 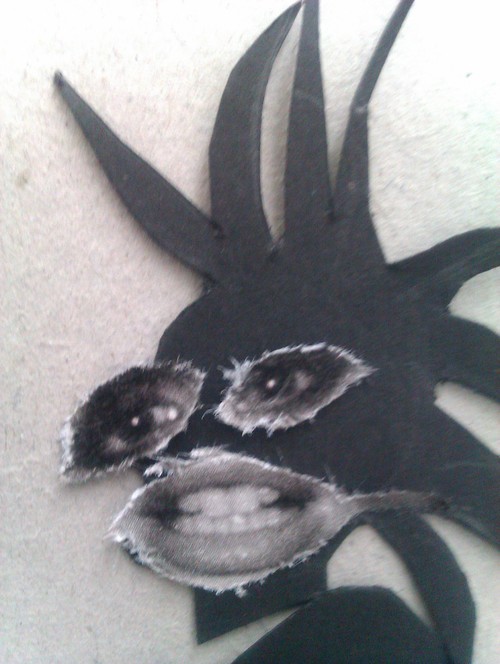 I was experimenting with collage to create mutated and disconfigured, alien like creatures in and attempt to perverse racial identity.

“Born in Nairobi, Kenya, educated in Britain and America and resident in New York since the mid-nineties, Wangechi Mutu’s work has often seemed to bear the gaze of a perpetual outsider, simultaneously drawn to and repulsed by the discovery of another fresh outrage in the lands in which she travels. Much of Mutu’s work to date has been concerned with the myriad forms of violence and misrepresentation visited upon women, especially black women, in the contemporary world. Her paintings and collages often feature writhing female forms, their skin an eruption of buboes, mutant appendices like gun shafts or machine gears sprouting from the sockets of joints, their bodies half human, half hyena. They offer a glimpse at the perversions of the body and the mind wrought by forces active in the oppression of women. Mutu commonly works on paper or Mylar polyester film. Manipulating ink and acrylic paint into pools of colour she carefully applies to her surfaces imagery sampled from disparate sources- Vogue, National Geographic, hunting, motorbike and porn magazines. The resulting works are a rebuke to the conventions of aesthetics and ethnography and eroticism that underpin such publications, offering instead an existence that is riotously free of biological determinism or psychological conditioning.” 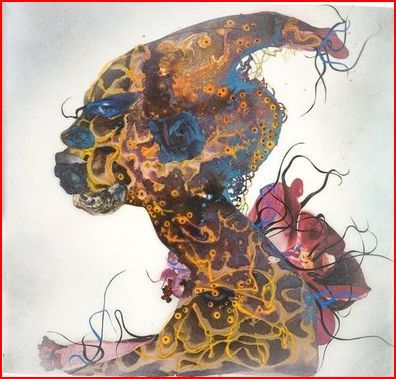